What is the Clubhouse App?

There’s a lot of noise right now around a new social app called Clubhouse. On this app users can join “clubs” or chat rooms to speak and hear others speak about interesting topics. Users can host chat meetings in clubs both openly or closed/private. Anyone can join a chat room as a speaker or listener. Users have the freedom to roam through different rooms and explore different conversations that are actively taking place. The social network utilizes voice only to connect with others. There is no messaging system in place at the time of this article’s publication.

Some of the biggest names in the cryptocurrency community have recently taken to Clubhouse App to speak about the subject. People like Changpeng Zhao (founder and CEO of Binance exchange) and Elon Musk have “tweeted” their scheduled chat meeting times.

Elon Musk joined the Clubhouse community January 29th, 2021. He was invited by Sriram Krishnan, a writer and host of “Good Time.” Sriram invited Elon on as a speaker where they held a pleasant conversation about Bitcoin. Elon mentioned in that broadcast that he was “late to the party, but now a supporter of Bitcoin.” The price of bitcoin shot up 20% after that broadcast and Clubhouse downloads spiked similarly.

Changpeng, also known as “CZ” for short, joined the Clubhouse community the same day as Elon Musk. He first joined another chat room to get a  feel of the interface but was immediately requested to speak once recognized. CZ hosted his first scheduled meeting titled “Crypto chat w/ CZ (Binance)” Tuesday, Feb 2, 2021 at 20:00 CST. The broadcast featured guest speakers like Anthony “The Pomp” Pompliano and Viktor Radchenko.

During the broadcast, The Pomp said that a lot of people who trade cryptocurrency have zero interest in other assets. Adding onto the statement, he said the majority of Bitcoin traders and holders are now between the ages of 17-27. This age group is discovering the dual economic benefits of an asset that has cash flow and appreciation. He said even though these young traders wholeheartedly dump their savings into Bitcoin, it’s just not enough to combat institutional money flow. Institutional money is now after Bitcoin and as a result supply is becoming alarmingly low. The demand for Bitcoin is at an all time high but is still low compared to what it will be 4 years from now.

Touching on the subject of demand for Bitcoin, Pomp declared, “Humans suck at numbers” and that blockchain is the future. “25 years ago an “internet company’” was unusual, but now every company uses it and you’re a nobody if you don’t have a website.” He went on to elaborate by saying “People say they have a crypto company now. Years from today that will be the regular, it will go without saying. It will just be a company.“

CZ went on to discuss “mirror protocol” which makes traditional assets (like Tesla, Amazon, and Google) available on Binance’s smart chain. CZ was asked the question, “is BNB coin an accurate representation of Binance value?” to which he replied “Yes and no…” He stated that they have not used Binance equity at all, and would hope he would not have to use it. He hopes that BNB coin would be more than sufficient. CZ stated that BNB is different from equity. It started out as a discount token on the Binance centralized exchange, but is now the native token on two blockchains and probably more later on down the road. He wants BNB to remain a utility token rather than a stake of equity.

There’s a lot of great information being broadcasted on the next big social networking platform, Clubhouse, that we can all listen in on. It is amazing to be able to drop into a room and chat with such iconic figures and intellectual people. It’s wonderful to share live conversations with people who are leading the cryptocurrency industry. There’s also so much more to explore on the app aside from cryptocurrency. The only thing is, the app is invite-only at the time of this blog’s publishing. No, the invites aren’t for sale. That’s what makes this platform truly exclusive. For now, IOS users can download the Clubhouse app and join the waitlist. Android users, you’re in for a long wait. 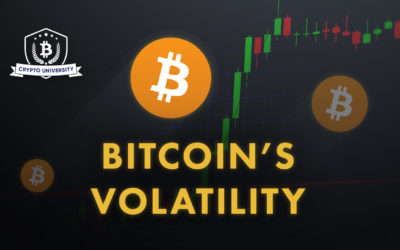 The largest transition of wealth in history is occurring right before us. Fiat as we know it could very well cease to exist...

END_OF_DOCUMENT_TOKEN_TO_BE_REPLACED 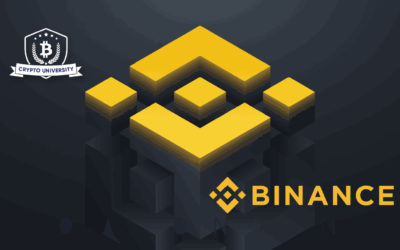 There’s been a massive increase in traffic on Binance’s servers as many cryptocurrency breakthroughs lead new users onto the...

END_OF_DOCUMENT_TOKEN_TO_BE_REPLACED 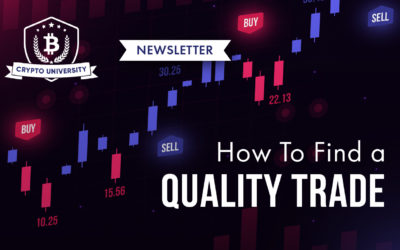 How To Find a Quality Trade

Multiple Time Frame Analysis  Oftentimes community members and other traders ask us how we find winning trades. A lot of...