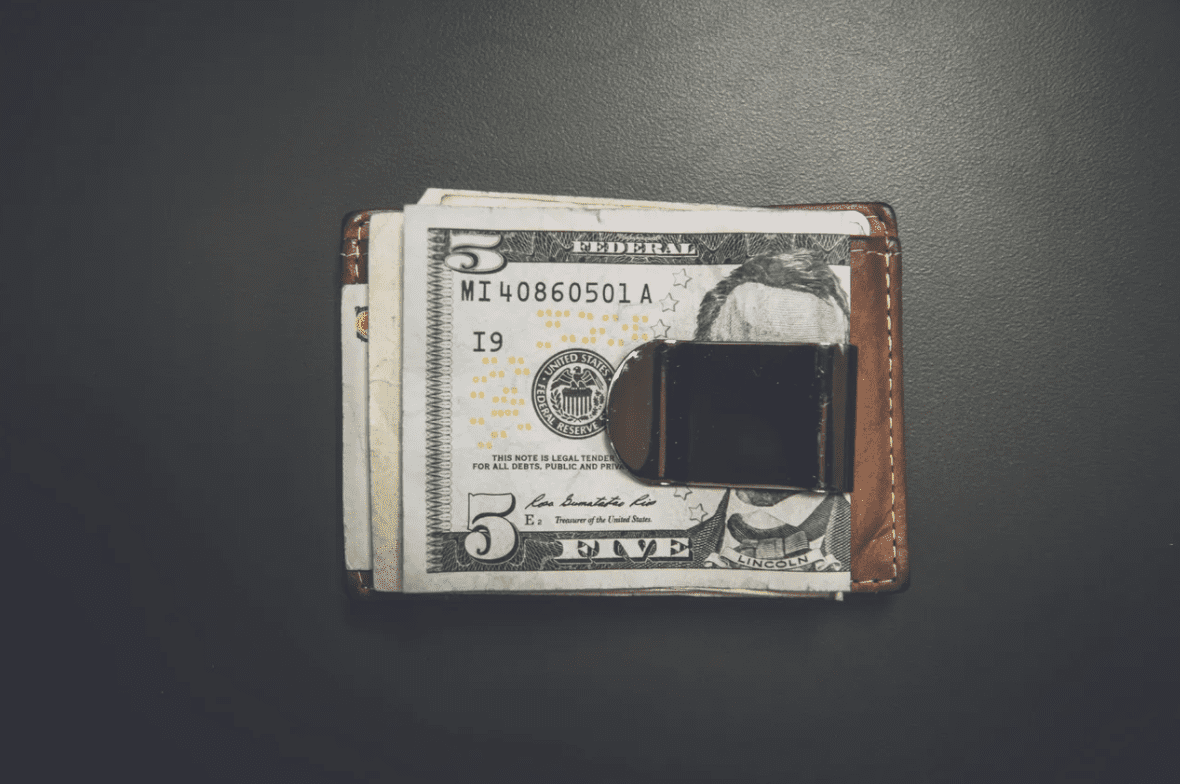 Technology makes it possible for stock markets to be more efficient. Today, stock trades are often executed in milliseconds by algorithms. With artificial intelligence powering these algorithms, large volumes of market data, brokerage reports, company annual reports and results are able to be processed to make ‘smart’ decisions in high frequency trades. Settling trades involves co-ordinating payment and delivery and then reconciling records.

In huge financial centres, trades sometimes take a couple of days to settle, which is one reason why several stock exchanges are looking into whether distributed ledgers could speed up these processes. The traditional model used for settling trades and ensuring proper share ownership is now seen as inefficient and blockchain technology proponents are advocating for decentralised securities platforms which would enable the settlement of trades to occur through a blockchain. Essentially, the argument is that the technology can be used in stock trading to speed up settlements.

Blockchain is also deemed as a potential solution to fundraising and asset management, margin financing, post-trade settling, tracking securities lending, and systemic risk monitoring. Furthermore, blockchain technology could also help reduce costs levied on customers by eliminating the need for middlemen when it comes to executing some of the necessary functions in facilitating stock market trades.

Asset classes that can be adopted for blockchain

The settlement of cash equity can be reduced to T+0 from the current T+3 settlement cycle. There will be automatic reconciliation, as all the participants/nodes will be sharing the same ledger. Similarly, the front and back offices will be relying on the same ledger, leading to increased operational efficiency.

These trades are based on fixed contract parameters, and could be the ideal asset class for blockchain validation. However, fixed income securities are currently settled on a T+0 basis, and thus, adopting blockchain will not add much value in reducing the settlement cycle.

Blockchain can simplify processing of the trade lifecycle, maintain one common ledger among the participants, and use smart contracts to trigger period payment(s) based on events. As the blocks made are immutable and maintain all the records from the start, an efficient audit trail can be maintained.

Standardised terms and conditions will allow automatic validation of economic parameters and adding to a blockchain, with automatic payoff triggered by events and automated settlements. A distributed ledger will also allow transparency to other participants of verified asset holdings.

The use of distributed ledger systems and smart contracts is likely to enhance efficiencies in transacting derivative products in the OTC market. The benefits of using blockchain technology can be:

· Automating the execution of OTC agreements by using smart contracts on the blockchain network, wherein agreement terms can be implemented and confirmed without any human intervention.

· Peer-to-peer architecture will allow parties in an OTC trade to transact directly with their counterpart, without the need of a third-party.

· Maintaining the same ledger with both sides of the transaction increases transparency, which allows counterparties to view the data during the life cycle of the swap.

· Regulators can access any information in real time, by using their authorised nodes in the blockchain network.

A few notable initiatives in this area include that of Axoni, a technology firm that specialises in distributed ledger infrastructure, along with eleven other firms such as BNP Paribas, Citi, Credit Suisse, Canada Pension Plan Investment Board, Goldman Sachs, and JP Morgan. They announced the completion of a pilot test to manage equity swap transactions and related post-trade lifecycle events. In June 2017, a group of Japanese banks, including Nomura and Mizuho Financial, started testing OTC derivative contracts on a blockchain platform developed by R3.

The main benefit expected from using blockchain technology in the capital market is the reduction of intermediaries involved in processing of trades, thereby reducing costs and effort that goes in reconciling information.

Blockchain supports smart contracts, where rules of the contract are embedded into a code or deployed on the blockchain. The introduction of the smart contract technology could validate contractual data by entering the distributed ledger, which should make processing simpler and reduce exception correction time. The nodes in the network can monitor and detect contracts for changes of ownership and contract rules. This would enhance trade validation in terms of efficiency. The trade validation on blockchain is applicable mainly for contract-based asset trades, basic cash equities and fixed income, repurchase agreements, and swap transactions across all asset classes. As any record written to the distributed ledger is immutable, any modifications, cancellations and corrections can only be done by “reverse” transactions.

Reference data consists of asset or security information, calendar days, ticker symbols, client data, and so on, and is essential for processing a trade to its final settlement. Companies across the industry store reference data in their own legacy systems, resulting in highly time-consuming reconciliations with data of other participants involved in the trade. In addition, data reconciliation is necessary between internal systems within an enterprise. The common reference data can be implemented on blockchain, with its standardised validation rules among the participants in the network and auditable change history. This would allow regulators and other participants to view how the data record is being created in the ledger in real time, and which nodes validate the data creation.

In blockchain, the question is whether it will settle trades either on a gross or net basis. Some advocate that blockchain can allow delay in trades, so these can be netted at the blockchain level, thereby reducing risk and liquidity requirements. Further, clearing to reduce settlement failure (in addition to multilateral netting) using central counterparty for each trade could also be deployed in blockchain, through appropriate rules.

In theory, the blockchain technology could reduce processes involved in clearing and settlement, because once a transaction is confirmed and committed to the ledger, the associated token (digital representation of an asset or any sensitive data element) is simultaneously settled in the digital wallet of the beneficial owner. The faster settlement is likely to reduce costs, and lower settlement risks.

This can be embedded into blockchain in the form of smart contracts, which will contain rules to automate triggering of margin calls, and so on. As both the sender and receiver are on the same blockchain network, the movement of digital recording of assets through tokens substitute sensitive data with a non-sensitive equivalent with the ability to track asset movement, and proper design and rules allow exchange of assets for collateral purposes. This can also be extended to the distributed ledger technology.

As all the participants will be maintaining one version of the truth, there will be no need for costly reconciliation. Regulators will have visibility of transaction in real time and have monitoring efficiency on the activities of transacting parties. Further, the current use of disparate systems, both externally and internally, provides many bottlenecks when doing Know Your Customer (KYC) and Anti Money Laundering (AML) checks.

Verification of information and repetitive information exchange between parties during client onboarding is time consuming. This is likely to be remedied when there’s one version of the truth maintained among all the participants in the blockchain network.

As all entries are written on the ledger, falsification of such records in order to conceal activity is practically impossible. In addition, as companies can write their transactions directly into a distributed ledger, it eliminates the requirement to keep separate records based on transaction receipts. Given the digitised nature of transactions, auditing of such transactions can also be done electronically, eliminating much of the manual work, and the time and cost associated with it. Another important aspect of blockchain is that each block has a reference to its previous block, thereby maintaining a full history of all transactions and providing a completely traceable audit trail.

Adoption of blockchain for stock exchanges

Stock exchanges can run using a blockchain, with no need for a centralised settlement or transfer of share certificates. This is cheaper, faster, reduces risks, and more secure. Blockchain allows different banks to do business with each other more easily and across borders. By shifting reliance away from central banks, the conduct of business is more flexible and manageable.

Santander was the first UK bank to use blockchain technology to transfer live international payments. Payments of between £10 and £10,000 can be made, around the clock. American Express and Santander have partnered with Ripple for cross-border payments via blockchain. The partnership is said to have enabled the speeding up of cross-border payments between the US and the UK.

Nasdaq has been at the forefront of the blockchain revolution. At the turn of 2015, it unveiled the use of its Nasdaq Linq Blockchain Ledger technology. Nasdaq and Citi announced an integrated payment solution using a distributed ledger to record and transmit payment instructions based on Chain’s blockchain technology.

Japan’s Financial Services Agency allowed the Japan Exchange Group(JPX), which operates the Tokyo Stock Exchange, to use blockchain as its core trading infrastructure. In 2015, Nasdaq unveiled the use of its Nasdaq Linq blockchain ledger technology to successfully complete and record private securities transactions. Japan Exchange Group and IBM are working towards testing the potential of blockchain technology for use in trading in low transaction markets.

Deutsche Börse Group has invested in the development of blockchain services including a solution for cross-border securities transfer in cooperation with the Liquidity Alliance.

The London Stock Exchange, part of the PDTL group, is involved in improving the post-trade space using the blockchain technology.

The Luxembourg Stock Exchange launched a blockchain-enabled security system, where the officially generated Signature by Appointed Mechanism (OAM), along with document type and document URL are stored in the blockchain ledger.

The Toronto-based TMX Group, operator of the Toronto Stock Exchange, announced the development of a blockchain based prototype to ‘power’ a new service offering from Natural Gas Exchange (NGX).

Blockchain could be the answer to interoperability, trust, and transparency issues in fragmented stock market systems. Blockchain can make stock exchanges much more optimal through automation and decentralisation. It can help reduce costs levied on customers in terms of commission while speeding up the process, resulting in fast transaction settlements. The technology can have a viable use in clearing and settlement, while securely automating the post-trade process, easing paperwork of trade and legal ownership transfer of the security. Ultimately, faster and efficient trade cycles will lead to better liquidity mechanisms and possibly more trades and investments.

← Prev: Zimbabwe to Shut down its Internet & Why We Need Decentralized Technologies Next: Making a blockchain-powered insurance industry reality → 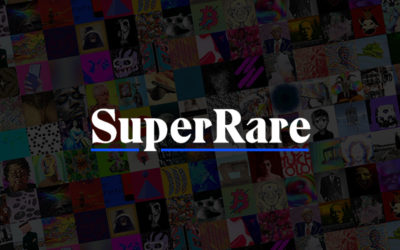 SuperRare: An Artists’ and Collectors’ Guide

As a follow up to the last article I wrote on SuperRare, this article will be outlining how you can get started as an...

END_OF_DOCUMENT_TOKEN_TO_BE_REPLACED 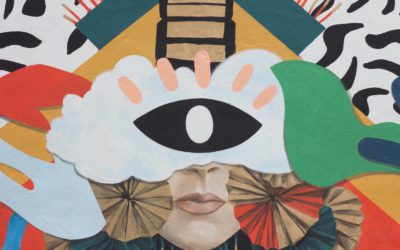 Blockchain and the Pandemic? Is art the Holy Grail?

Blockchain and the Pandemic? Is art the Holy Grail? SuperRare is one of the projects you should be looking at. It is a...

END_OF_DOCUMENT_TOKEN_TO_BE_REPLACED 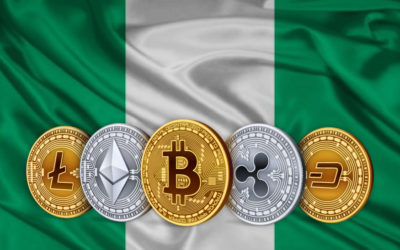 The Securities and Exchange Commission (SEC) in Nigeria, a government agency authorized to regulate and develop the...